Great Britain have entered a team for the International Gymnix Junior Cup to be held in Montreal Canada this coming weekend. The event is in it’s 25th year now, and attracts elite level gymnasts worldwide including in the past Olympic gold medalists Oksana Chusovitina, Lillia Podkopayeva, Aliya Mustafa, Jordan Wieber, and Shawn Johnson.

It is a prestigious event, and a chance for our young gymnasts to test themselves against the best of their age group. In terms of the Russian, Romanian, French and Belgian teams, it will also present an opportunity to have an idea of the competition at the forthcoming Junior European Championships at the beginning of June. The American team will of course be very strong, and likely be expected to take the title.

All gymnasts in the junior Cup are either 2001 or 2002 born, so first or second year juniors, for Great Britain Latalia Bevan and Jolie Ruckley were originally rostered to compete, but both are recovering from minor injuries, so two young gymnasts have been awarded their first ever GB international assignments.

Park Wrekin’s Alice Kinsella is a second year junior, and well used to international competition. Alice was part of the British team to take gold at the four way junior international at Pipers Vale, as well as being selected for the FIT challenge. Most recently Alice took gold with the GB team, and won the AA at the Olympic hopes Cup with the highest scores on both vault and beam. 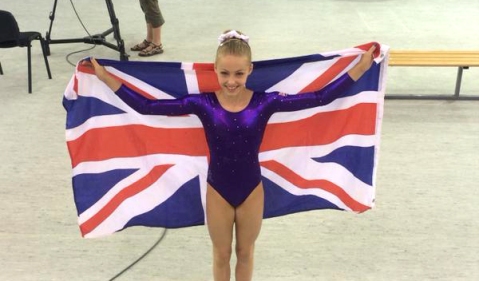 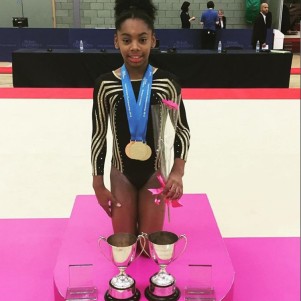 Getting her first international call up, City of Birmingham’s Taeja is the youngest gymnast on the team, just two months into her junior career. For followers of this young gymnast, the call will come as no surprise such is her potential, and I imagine this will be the first international of many to come. At the British Espoir championships in December, Taeja placed 3rd AA, then took the vault and bars titles, as well as bronze on floor despite her music failing just a few seconds in.

A team mate of Alice Kinsella at Park Wrekin, Ellesse gets her first international call up. A member of the GB junior European squad for 2016, Ellesse really impressed last year with her very clean work, especially on bars where she finds extra flight and extension, and floor where her twisting work is high and clean. Ellesse  is making great progress at the perfect time, and very much deserves her spot on the GB team for this international.

FloGymnastics is providing live coverage of the event, you will have to be a paying subscriber to view though.

International Gymnix also has a YouTube Channel where they have uploaded footage before, so keep an eye out after the event. I will of course link anything that becomes available.