The British junior and senior championships will take place from Friday to Sunday at the Echo Arena in Liverpool. For the women, the schedule is as follows:

As ever British Gymnastics will be providing excellent coverage,  with the second subdivision of the senior AA event, and the senior apparatus finals steamed live on BGTV

For members of British Gymnastics, all routines from the entire event will be available to view on BG Score, or GymNET.

You can also follow the action as it happens, as well as the scores on the BG Score App or Facebook page.

You can download the official program for the event with lots of informations and features here:

I will of course also be providing results, reports, and video after the event. 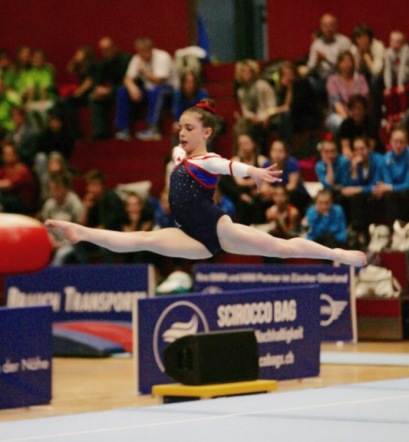 Teaja James, Amelie Morgan, and Zoe Simmons will be among the top juniors fighting for the AA medals

The highest scoring junior gymnast from 2016 was Alice Kinsella with 55.465 who now moves into the senior ranks. Following Alice, just 0.365 behind with 55.100 was actually an Espoir competing in a junior level event. Slough’s Amelie Morgan scored 55.100 at the Olympic Hopes Cup in November. Amelie moves up an age group this year, and will bring her clean, stylish, elegant work to the junior ranks hoping to challenge for AA and individualmedals at her first attempt.
One of the biggest favorites for the title is of course City of Birmingham’s Taeja James. Likely to be one of the most successful junior gymnasts this year, Teaja was the 2016 British junior AA silver medalist, as well as a member of the silver winning junior European team. In December she won silver on floor at Elite Massilia against senior level gymnasts including Olympians, and training footage shows she has been working very hard on some impressive upgrades.
Keep an eye out for British junior squad member Zoe Simmons from The Academy who took the junior floor title last year, as well as club mate Amelia Knight, Swansea’s Sioned Thomas, South Durham’s Mia Scott, Heathrow’s Chiara Bunce, and Sapphire’s Megan Splain who are all GB junior squad members.

Also great to see 2015 British Espoir Champion Jolie Ruckley of Cardiff Olympic listed after a long time away with injury, there same with City of Birmingham’s Oriel Powell. 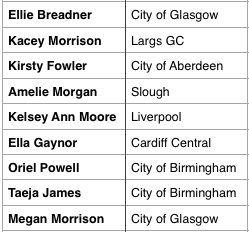 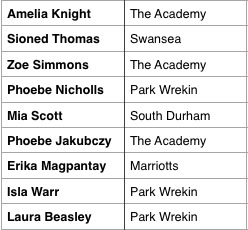 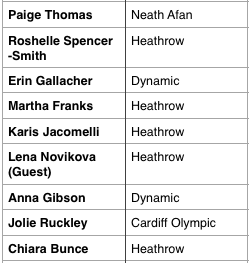 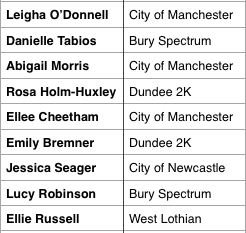 In the senior ranks, the  last two AA titles have gone to Amy Tinkler, and Claudia Fragapane respectively. We haven’t yet seen Ellie Downie at full strength for an AA British, could this be her year to take the title?

We aren’t going to see everyone contest the AA, but there is much to look forward to. There may also be further changes to the start lists by the time competition starts.

Olympians aside, Charlie Fellows and Georgina Hockehull are listed to return, and I’m really looking forward to seeing GB international Nicole Hibbert compete again after such a long time away.

Along with the older gymnasts, there is a whole new generation into the senior ranks, with  seven new senior squad members set to make their debut, including junior European medalists Alice Kinsella, Megan Parker, Maisie Methuen, and Lucy Stanhope.

Georgia-Mae Fenton and Tyesha Mattis have been looking great in training, Tyesha on beam in particular, and everyone will be hoping that Georgia can hit that intricate bar set of hers.

I’m not sure at present whether we will see Rebecca Tunney back, hopefully so.