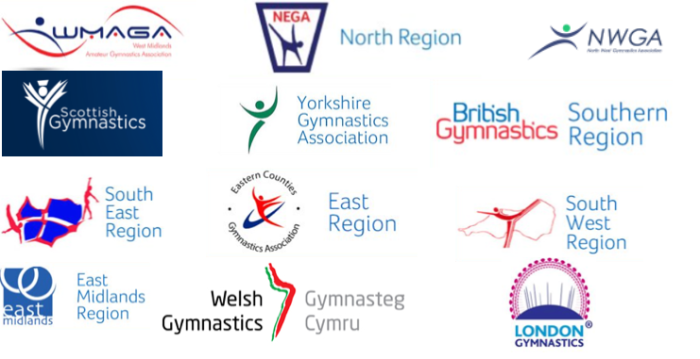 The youngest of the British gymnasts on the elite path with take part in their first of two national level competitions this weekend, the National Compulsory finals.

The competition takes place at Fenton Mannor Sports Complex Stoke, with levels four and three on Saturday, and levels two and one on Sunday.

At level four and three, gymnasts compete ‘In Age’. Level four for gymnasts turning nine within the year, level three the year they turn ten. At level two gymnasts will turn eleven this year, and finally level one gymnasts turn twelve. Gymnasts passing compulsory one in age, are first year Espoirs, and may then contest the British Espoir championships at the end of the year. At levels two and one here, gymnasts may also be out of age.

Each compulsory level has specific moves set for each apparatus, as well as the range and conditioning routine designed to test strength, flexibility in both active and passive range, as well as control. To learn more about the compulsory testing system in Great Britain, and which skills are required at each level, see here:

Often at the beginning of a new quad there are significant changes to the compulsories, however there are no changes this year, with the exception of Level 1 beam in that the leap requirement was already in, but the leap values have changed significantly in the new code.

At levels four and three gymnasts compete for their regional teams, made up of the top four gymnasts from the named regional qualifiers held nation wide leading up to the competition, plus one reserve. Only gymnasts achieving the pass mark of 50.00 or over are eligible to compete on these teams. All gymnasts compete all pieces, with the top three scores to count toward the team total. There are medals for the top three teams, and individual gymnasts.

Should a gymnast not qualify in the top five at the regional qualifier, they have the opportunity to compete as an individual providing they have scored 59.00 or more at level 4, and 56.00 or more at level three. Gymnasts listed with an * next to their names have fulfilled this requirement.

At levels two and one gymnasts compete individually for their clubs, for these levels regions do not have to hold a qualifying event, and not all have, so I have not included the scores available in this preview as it would give an inaccurate picture given that many gymnasts would be missing.

Before the competition even gets going, congratulations to all gymnasts competing, to make a national final is a big achievement for a young gymnast, and all should be celebrated.

Lets look at the gymnasts qualified at levels four and three.

Compulsory four is our first chance to see the latest generation of promising elites taking their first steps at national level. Obviously all regional qualifiers are different, with different sets of judges, but we can see that there should be a good battle for the team title, as several regions are looking very strong here.

At compulsory three we see many of those that contested level four return, along with new faces to challenge for the title, as well as put in a strong AA total in the hope of matching their performance later in the year to challenge for the overall British title at voluntary national finals.

The top six gymnasts combined from 2016 at level four were:

Good luck to all gymnasts competing!

For compulsory two and one, as I say not all regions hold qualifying events, so it wouldn’t  show a clear picture just listing those that did. Instead, lets looks at the top ten overall combined  level three and two gymnasts from 2016,  who have now moved to the next level, and will be hoping to pass compulsory two and one this weekend.

Good luck to all gymnasts competing!