The final FIG World Cup event of the year was held in Cottbus Germany over the weekend. An individual apparatus event, GB sent Dynamo’s Kelly Simm and Maisie Methuen of Phoenix, with Maisie competing bars, beam and floor, and Kelly bars and beam.

It was great to see both gymnasts back on the international stage, we last saw Maisie at the British Championships back in March where she made her senior debut sharing the AA silver ,and taking the floor title, then a week later where she was a guest at the English Championships.  Maisie has dealt with injury this year, and recently returned for the Welsh Commonwealth Games trials and then the Welsh Championships, hopefully she will now get a healthy run through to the Commonwealth Games.
Kelly has also been fighting back from injury, we hadn’t seen her in competition this year until the Varna World Cup in September where she competed on bars only, back on two pieces now, she will return AA next year.

Maisie went up on bars first, she went through her routine well, toe full then upstart handstand, into Maloney to high bar followed by clear circle to handstand, linked to a well caught Tkatchev. Shoot half  linked to to shoot back to high bar, blind in, top out, giants into full out dismount. This is pretty much the routine we have been used to seeing from Maisie, as she has been dealing with an elbow injury, I wouldn’t have expected to see her upgrading. 12.500 (4.6D, 7.9E) 16th place on this piece, and around her average score for this routine, so a job well done.

Unfortunately there is no footage of Maisie’s beam or floor from qualifications. On beam she paced 11th with 12.300 (5.1D, 7.2E). It’s difficult to say how the routine went, she has scored up to 13.450 on beam this year with an 8.15E, but we all know that E scores are now incredibly tight on this piece, so it could still have been a routine without a major error, and still come out at a 7.2E, or she may have had a mistake.
Floor went well for Maisie, 12.900 (4.9D, 8.0E) the 4th highest E score of the day, and into the final in 5th place for her first senior international.

Kelly went very well on bars, Endo half linked to toe full, linked to Chow Shap, immediate Pak. Maloney to high bar to the clear circle to handstand, toe on Tkatchev, then Ricna, top turn, then wind up into the double straight with a pace on landing. Strong routine for 13.650 (5.4D, 8.25E) into the final in 5th place amid a strong field.
There is no footage of Kelly’s beam, 12.150 (4.5D, 7.65E) she finished 14th, but 6th on E score here, just down on D for now.

On Saturday, Kelly contested the bars final, she competed very well yet again holding, her 5th place from qualifications.  Looking cleaner than I remember seeing her on this piece up to now, her transition skills especially are much tidier.  The same routine as in qualification, even a little improvement in score. She looked classy and strong with a powerful swing which she was very much in control of, and that she belonged on the international stage.
It’ll be very interesting to see how Kelly fares in 2018 as she comes back to the AA, she’s always had big skills, and should she maintain her much improved level of execution as she adds them back in in across the board, she could do very well indeed.

Maisie contested the floor final on Sunday, she again held her qualification position finishing in 5th place. Her first senior international, a great outing for her, and as ever on this piece she looked classy and elegant. For me she’s now really getting some power behind her too which will serve her well as she moves forward. We didn’t see her at full difficulty, big full in, bigger than it was at the beginning of the year, then a single twisting straight front as opposed to the double, and double tuck to finish. Such a performer with a routine I really love, I very much hope to see Maisie in Australia for Wales next year, and I hope we see her at full strength leading the Welsh team back onto the podium.

Well done to Maisie and Kelly, a long tough road back for both of them, great to see them out there and competing so well again. Here’s to a hugely successful 2018 for them both. 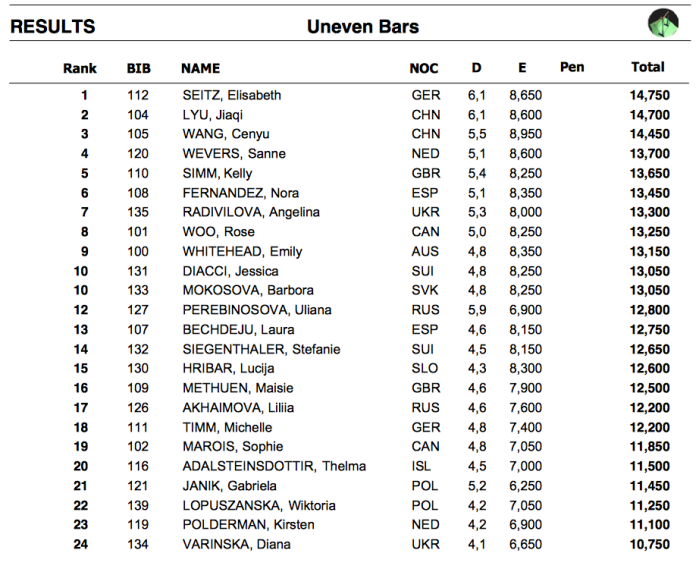 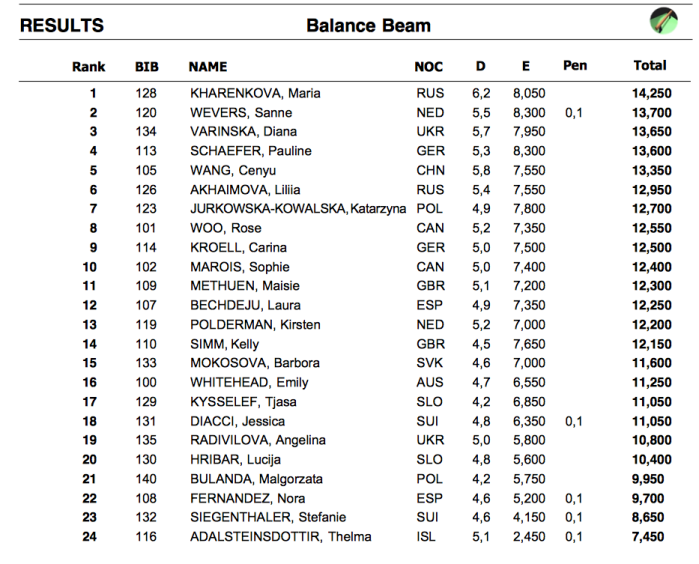 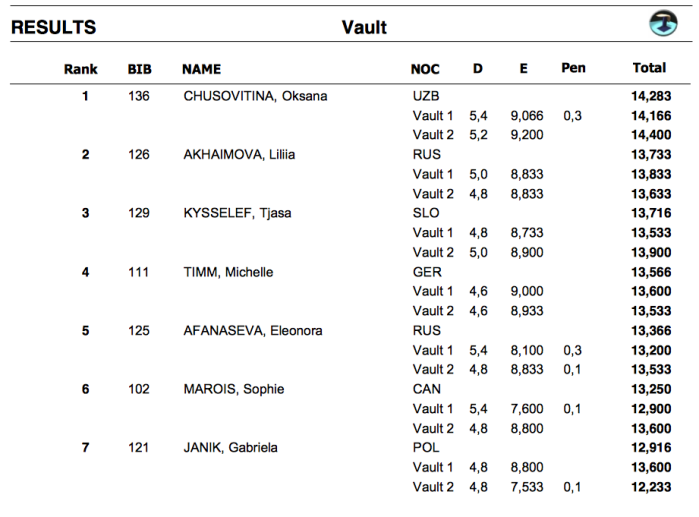