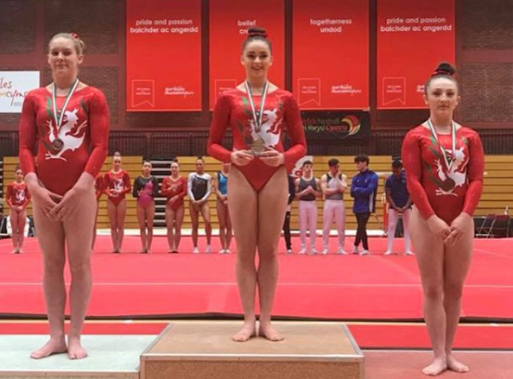 The final Commonwealth Games trial saw the Welsh Seniors our in force at the weekend. All those in contention competed with the exception of Maisie Methuen who was still in attendance. Hopefully just a precautionary sit out for Maisie, and nothing serious. I think its reasonable to say that she will be selected should she be healthy enough to compete.

The seniors were joined by guest gymnasts from Gerpia in Iceland.

GB senior international Latalia Bevan took the AA title, as well as posting the highest scores on beam and floor, and the third highest score on bars. Latalia looked great, she has a beautiful new floor for this year, to add to her collection of beautiful floor routines we have already seen from her, and I very much hope we see this in the Commonwealth Games final. Her routines from the championships were up on YouTube, but have been removed for the moment. She’ll be in action again at the British in a few weeks, so if you missed them, you can see her then.

Fellow GB senior squad member Jolie Ruckley took silver, she also won the Welsh Junior Championships in November with a score that would have seen her place second in the senior ranks, so she is also going very well with selection coming up.

Emily Thomas took the bronze, Welsh Champion in November, and added to the senior GB squad, it looks as though Emily has an issue on beam today as she was a little down on her potential scoring there, but another that I’m sure is off to the Games.

My guess is that if all are healthy, GB senior squad members Maisie, Latalia, Jolie, and Emily are all off to Australia. The fifth member, we shall see! 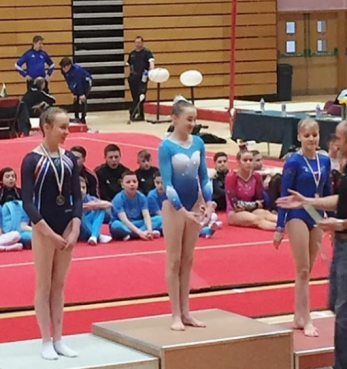 In the junior division, only two Welsh gymnasts competing, so not out in numbers for this event, and I suspect we shall see the GB international girls at the British in a few weeks. Congratulations to Chloe Weston on Swansea on the title, and being top scorer on each piece, congratulations too to Ella Gaynor of Cardiff Central on silver, and silver on bars, beam, and floor.