The second of the home nations teams to be announced for the 2018 Commonwealth Games, lets take a look at the WAG gymnasts selected to represent England.

These ladies need little introduction such is their standing. All Great Britain senior squad members, all GB internationals with Commonwealth, European, World, and Olympic medals between them. These ladies will be aiming to retain the team title held by team England, and come home with several individual medals. 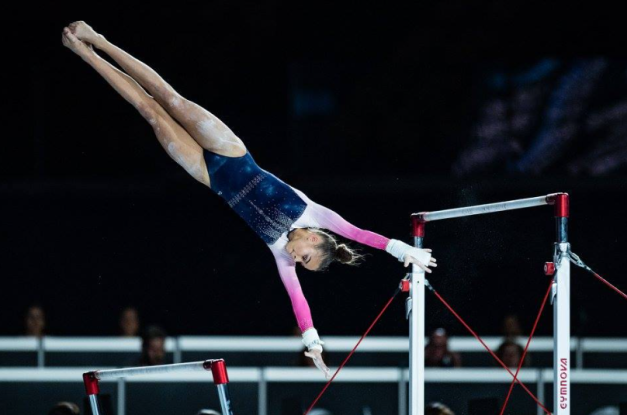 Georgia-Mae came within one place of the world bar final at her first attempt back in October. Her clean and innovative bar work appreciated by fans world wide. In Australia she will of course look to challenge for the bars title, but Georgia can also contribute well to the team beam score potentially making the final with her classy routine including laid out Yurchenko mount, valdez flick layout, and one and a half spin with the leg held vertical. Georgia also debuted her tidy one and a half twisting Yurchenko on vault at the English Championships, so is continuing to build into a gymnast that can contribute AA if needed. 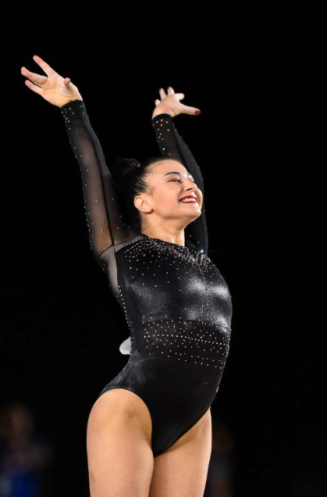 Claudia Fragapane came away from the 2014 Commonwealth Games as England’s golden girl with team, AA, Vault, and floor titles. Since then, she’s added two European, and two world medals to her collection, now she returns for a shot at more Commonwealth success. Claudia continues to impress, again she has come out looking cleaner this year, that enormous power well controlled, skills carefully selected to minimise deduction, especially on bars where I have never seen her look better. The double twisting Yurchenko is also back on vault, the big floor routine that took a world medal in October will of course challenge for a repeat of the Commonwealth title. Can Claudia retain her AA title? She will face very stiff competition from her England teammates, and especially from the Canadian team including world AA silver medalist Ellie Black , but I have no doubt that she will return from Australia with both team and individual medals in her suitcase.

After a great junior career including three junior European silver medals, in 2017 her first year as a senior gymnast, Alice Kinsella finished joint second AA at the British championships, and competed at European Championships where she made the AA final finishing 10th, with the 4th highest score on beam. In September she won the Duiven International in The Netherlands, as well as taking silver on floor, she was rewarded with selection to the team for World Championships in Montreal where she qualified to the AA final.
We have recently seen Alice upgrade to a double twisting Yurchenko on vault, she was also the highest scoring GB gymnast on beam in any competition throughout 2017, and when she hits is a very classy beam worker so has the potential to make the final on this piece and challenge for a medal.

Another member of the victorious 2014 Commonwealth Games team to be selected again, Kelly marks a successful return from a long time out with injury. Since the Glasgow Games, Kelly has also become a World medalist, taken the World University games AA title, invented and successfully performed her own original skill, and just missed out on Olympic selection, being named reserve for the Rio team.
Kelly faced a long battle with injury which kept her out of competition for most of 2017, she returned at the end of November making the bars final at the Cottbus World Cup, then recently finished 4th AA in her first all around competition in 16 months at the English, as well as and taking bronze on bars.

A strong AA gymnast, Kelly is able to contribute on all pieces, and she has difficulty to add back in still. After Georgia, there will be an interesting battle for the second bars final spot on the English team, Kelly will be battling it out with Claudia and Amy, as all three are within close range of each other here.

It’s funny to think that Amy was still at junior at the time of the last Commonwealth Games, as she has been such a huge part of the British senior team ever since. Turning senior in 2015, Amy is of course a World and Olympic medalist now, with a wealth of experience to call upon.
Recently crowned English AA, vault, and bars Champion, Amy has started 2018 looking very strong with a Tsuk one and a half to add to her big double twisting Yurchenko meaning she can challenge on vault. Her bars are looking as though she’s put a lot of work into her execution, her beam is well structured to her strengths, with a new flick to chest stand mount, and double pike dismount, and her floor has new two and a half to straight front, taking out the only weak link in her routine from last year, and making her a challenger for medals once more on this piece. Like Claudia, I would be very surprised if Amy doesn’t return from Australia with both team and individual medals.