Following Scotland and England, team Wales have announced their gymnasts heading to Australia for the Commonwealth Games. Bronze medalists last time round in Glasgow, the Welsh dragons will be aiming for a repeat podium finish as well as individual success.

With four of the five team members also GB senior squad members, this is a strong team, and indicative of the strides forward Welsh gymnastics is making.

I have listed the gymnast’s individual clubs, however they are also members of the Welsh centralised training system under coach Tracey Skirton. 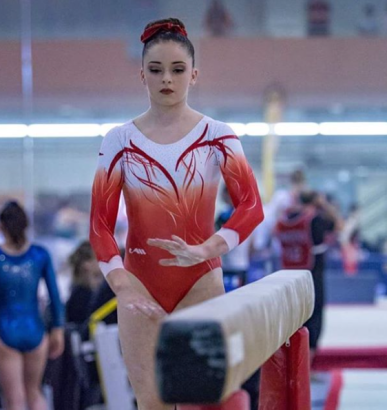 Latalia Bevan is a veteran of British and Welsh international teams. Before hitting the senior ranks in 2017, Latalia had won eleven School Games medals for Wales, bronze on floor at British Espoirs, team, AA, beam and floor gold at the Northern European Championships. She was also selected for GB international duty on several occasions, the F.I.T international Challenge where she finished 7th on floor, she helped her team to gold at the GB-ITA-GER friendly, and again helped the GB team to gold at the 2015 Olympic Hopes Cup, earning vault bronze and floor silver.
In her final junior year, after a battle with injury Latalia returned for the Junior Commonwealth Games in Namibia taking gold with the Welsh team, and claiming silver on bars. Latalia finished her junior career at Olympic hopes, helping the British team to silver.
In her first senior year, Latalia placed 11th AA at the British Championships,and took silver on beam in apparatus finals. She was selected for her first senior international at the Szombathley World Cup, where she placed 14th on floor, and was reserve for the beam final. Latalia recently took the Welsh senior AA title, she is a clean stylish gymnast with particular potential for finals on beam and floor where her work is light, elegant, and beautiful to watch. Her floor choreography and performance level in particular is always a highlight.

Holly Jones entered the elite ranks in 2013 when she won the Espoir Challenge Cup qualifying her for the British Championships, where she finished 9th AA, making the vault final where she finished 7th, and the floor final where she took bronze.
In 2014, Holly took team and floor silver with Wales at the School Games, and finished 18th at British Espoirs. She also took silver AA at the Celtic Cup, and gold on floor.
Into the junior ranks in 2015, Holly finished 10th AA at her first attempt at the British, as well as taking bronze on floor in apparatus finals.
We didn’t see Holly for the first half of 2016 as she recovered from a stress fracture in her back, she returned for the School Games competition on vault, beam and floor to help Wales to team gold, and winning bronze on vault in apparatus finals. Holly was a member of the victorious Junior Commonwealth Games Welsh team, she finished 5th AA, then competed very well in apparatus finals to take both the vault and floor titles.
Holly began her senior career in 2017 with 16th place AA, 6th pace in the beam final, and silver in the vault final.
Holly placed second on floor at the Welsh Championships in November, last weekend, she was the top scoring vaulter, and second on bars at the 2018 Welsh Championships. Holly will look to contribute strongly on vault in particular, If she can repeat her average of 13.835 vault from last weekend, she could find herself vaulting in the Commonwealth final.

Along with Latalia, Maisie had been one of the top Welsh and GB juniors for some time before hitting the senior ranks in 2017.
Maisie won a total of nineteen School Games medals, including in her final year almost a clean sweep, with every title other than the AA where she took silver. She won gold on vault and silver on bars in her first British Espoirs, the following year she was AA champion as well as taking further individual medals, silver on vault and floor, bronze on bars.
Maisie has won gold for team Wales at the Northern European Championships, as well as individual silver, then gold once more at Junior Commonwealths with her team, and individual AA, beam and floor bronze.
Maisie had multiple GB selections as a junior gymnast including the Rushmoor Rosebowl, where she took gold with the team, and on bars against much older and more experienced gymnasts. GB-FRA-SUI international helping the GB team to silver, the F.I.T challenge placing third with the British junior team. Gold with the team at the GB-ITA-GER-BRA international, EYOF where she took silver on beam, International Japan Junior where she made the vault final finishing 7th, and of course Junior Europeans where she helped the British team to silver, finished 4th AA, and 5th in the beam final.
Maisie was British junior champion in 2016, adding vault and floor apparatus silvers, she entered the senior ranks in 2017, where she won a brilliant joint AA silver, and took the floor title at the British.
We last saw Maisie at the end of November when she was given her first senior international assignment, and made the floor final of the Cottbus World Cup where she finished 5th.
Maisie is definitely one to watch for final spots on beam and floor. When she’s hitting beam in particular, she could challenge for a medal. 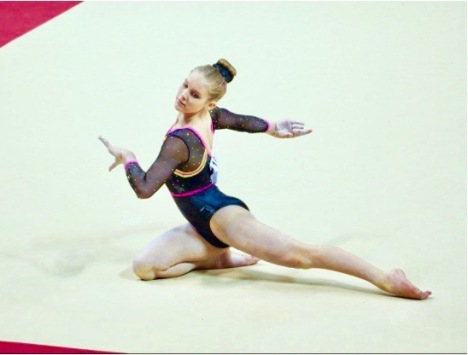 New senior Jolie Ruckley will still be only fifteen years old at the Games. Jolie has also been a  member of Welsh and GB teams as a junior,  selected in 2014 to compete for the Welsh team at the School Games, where she helped them to the silver medal, and individually won bronze on beam. At the end of the year, Jolie competed in her first British Espoir Championships, where she placed 7th AA, and made the bar final where she finished 4th.
In 2015 Jolie took Northern European gold with the Welsh team, as well as finishing third AA, and taking silver on beam. Jolie was also awarded her first GB international selection, when she competed at Olympic Hopes, taking silver with team GB, and finishing 7th AA. Finishing her Espoir career in style, at the British Espoir Championships in December, Jolie took the AA title and the floor title, as well as silver on bars and beam.
Poised to challenge for a spot on the Junior European team, We then didn’t see Jolie for a whole year as she fought to return to full strength from a hamstring injury.
In 2017, Jolie made a strong return at the British Junior Championships,  where she took bronze AA, as well as bronze on bars, beam, and floor. In October Jolie competed for GB juniors at the Rushmoor Rosebowl taking silver with the team, placing 5th AA, winning bronze on bars, and sharing the beam title.
Jolie also won the first Commonwealth trial, and the Welsh junior title toward the end of 2017, she finished her year at Top Gym International taking gold in the team event.
Last weekend, Jolie took AA silver at the Welsh Championships, she will compete at the British in March, then head to Australia for her first major event.

Emily Thomas is another GB senior squad member headed to Australia with team Wales. Emily was added to the squad towards the end of 2017 her first senior year.
A regular member of Welsh junior teams, Emily has Celtic Cup AA bronze, and School Games gold with the Welsh team from 2105. She unfortunately took most of 2016 out with injury, but we did see her at the junior Commonwealth Games in Namibia in October 2016 where she won gold with her team, and took the AA and bars titles.
A month later, Emily headed to the Northern European Championships where she took bronze with the team, placed 9th AA, and won the bars title.
In her first senior year, Emily placed 23rd AA at the British Championships, she also made the floor final where she finished 6th.
Along with her GB senior squad selection, Emily was selected for the GB senior team at the Rushmoor Rosebowl where she helped the team to the title, and took AA silver, vault silver, shared the bars gold, and took gold on floor.
Emily won the Welsh senior Championships in November, the top scorer on bars and floor. Last weekend she finished 3rd AA at the 2018 Welsh senior Championships.
Emily will be looking to help the Welsh team return to the podium at the Games, make the AA, and possibly a couple of individual finals.