The weekly feature for those that don’t follow all of the social media accounts attached the blog, or have missed the odd post.  A look at the goings on over the last week in British WAG.

Becky Downie in full swing, training for the start of her competition season. We don’t know as yet how may pieces we will see her on this year, she is training AA, but of course bars remain her priority as she aims for that Olympic spot, and a chance to claim a medal.

British Compulsory one champion Tiegan Trafford of Abingdon has qualified for her first British Espoir Championships, and has of course now completed the Compulsory system. Now a fully fledged elite gymnast, at just eleven years old, Tiegan has some big tumbling in the works for her British debut. Two and a half twist to straight front, which she immediately upraded to a two and a half to full twisting straight front!

Also just qualified to elite via compulsory one is Pinewood’s Sonia Runcianu, another eleven year old getting ready for her first British Championships, and working a whip triple twist!

British Gymnastics released a position statement on weighing gymnasts, which you can read in full via the link below. We have thankfully moved away from the days where the only body type considered suitable for elite gymnastics was under 5′ tall, and the weight of an average eight year old. It is encouraging to see more and more progressive steps being taken to provide a safe, healthy, and positive experience in the sport for young gymnasts, whilst on the elite side especially, realistically keeping within the parameters of ensuring a body can withstand the demands of training, preventing injury, and maximising potential for longevity in the sport. As many will be aware, this sadly has not always been the case, so for me, a positive step. 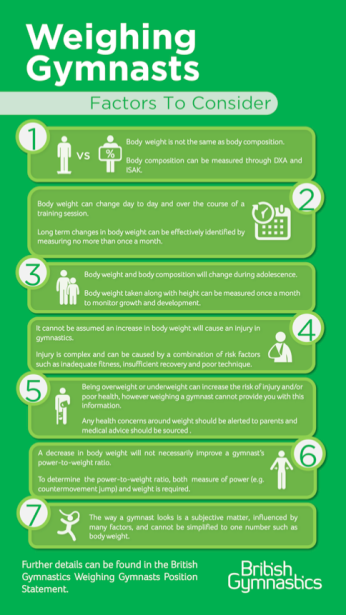 On Thursday, The FIG announced that the upcoming Doha Apparatus World Cup (18th-21st March) will take place behind closed doors in response to the COVID-19 Corona virus outbreak. At posting there was a 14 day quarantine period in place for those travelling from China, South Korea, Egypt, Iran or Italy, this of course could be extended to other nations, depending on the spread of the virus, and it is unlikely that many will choose to be away from home for so long for a two day event.
Depending on how the next few weeks play out, we may see more events being closed to spectators, postponed, or cancelled completely. The arena due to hold European  Championships is cancelling events, and France currently have vetoed events that of 1000 people of more.  The issue of course is that these World Cups and Continental Championships are Olympic qualifying events for individuals, so opportunity may be hugely affected should things escalate, and the FIG will need to respond.

Jennifer Gadirova made her senior debut at the American Cup, and what a debut it was. Results, report, and video here:

Finally, for International Women’s Day 2020, I opted to celebrate the British Gymnasts who have achieved world level medals, their hard work, commitment, drive, determination, and belief that there is no limit to what these qualities can bring act as an inspiration for the generations who follow them. 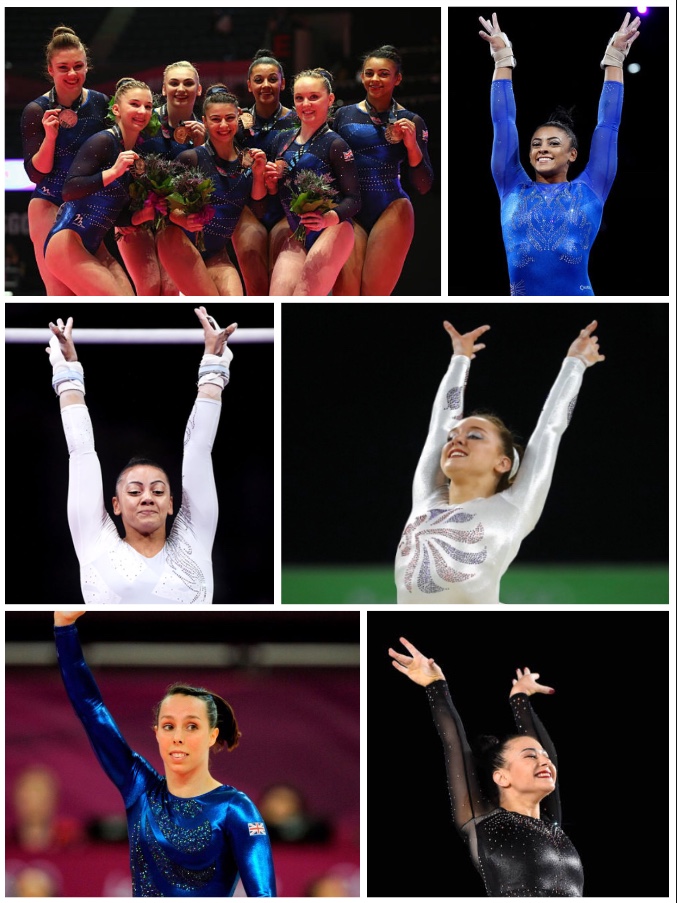